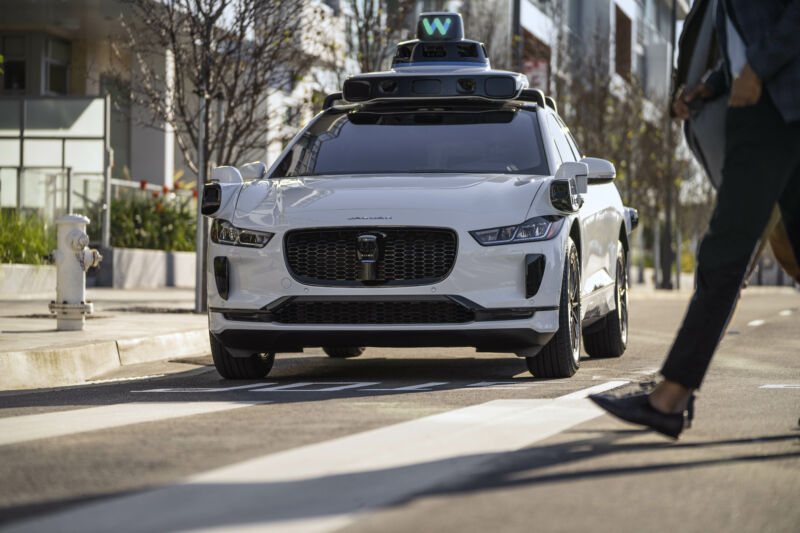 Enlarge / One of Waymo’s sensor-studded Jaguar I-Paces observes a pedestrian crossing the road in front of it. (credit: Waymo)

The day when robotaxis roam the streets of San Francisco looking for fare-paying customers is getting closer. This week, Reuters reported that both Waymo and Cruise have applied to California’s Department of Motor Vehicles for permits to deploy driverless vehicles. The permit on its own isn’t sufficient to begin operating a commercial robotaxi service, but it is an important milestone on the way to achieving that.

For several months now, Waymo has operated a fully driverless commercial taxi service in the suburbs of Phoenix, Arizona. But as Ars alum Tim Lee wrote recently, “Suburban Phoenix is a terrible place to run a taxi service.”

A sun-blessed suburb in the Southwest, designed with the car in mind as the primary mode of transport, is as close to easy mode for an autonomous vehicle as it’s possible to get, outside the confines of private test tracks or a gigantic retirement village. That in turn means that the Phoenix suburbs have limited value when it comes to teaching an autonomous vehicle how to cope with the big bad world. And since having a car is virtually a prerequisite for living in a suburb like Chandler, the people who live there don’t need to use taxis often.