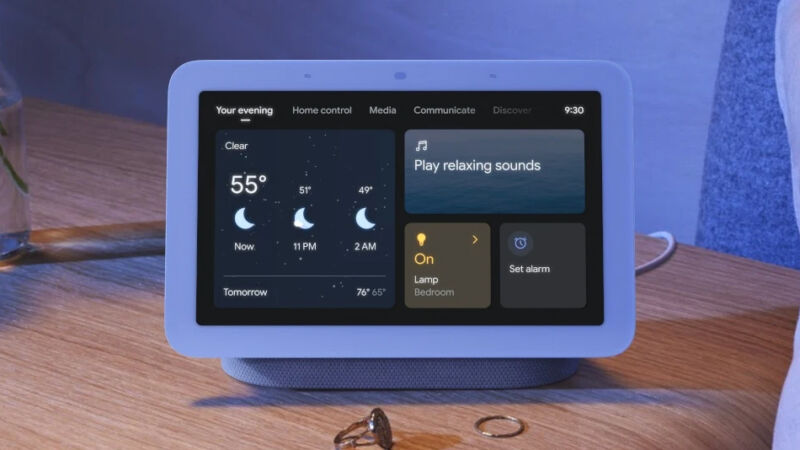 Google is officially rolling out a new operating system, called Fuchsia, to consumers. The release is a bit hard to believe at this point, but Google confirmed to 9to5Google that the OS is rolling out now, and several members of the Fuchsia team have confirmed the news on Twitter. The official launch date was apparently yesterday. Fuchsia is certainly getting a quiet, anti-climactic launch, as it’s only rolling out to one device, the Google Home Hub, aka the first-generation Nest Hub. There are no expected changes to the UI or functionality of the Home Hub, but Fuchsia is out there. Apparently, Google simply wants to prove out the OS in a consumer environment.

Fuchsia’s one launch device was originally called the Google Home Hub, a 7-inch smart display that responds to Google Assistant commands that launched in 2018. The device was renamed the “Nest Hub” in 2019, and it’s only this first-generation device, not the 2nd-gen Nest Hub or Nest Hub Max, that is getting Fuchsia. The Home Hub’s OS has always been an odd duck. When the device was release, Google was pitching a smart display hardware ecosystem to partners based on Android Things, a now-defunct Internet-of-things/kiosk OS. Instead of following the recommendations it gave to hardware partners, Google loaded the Home Hub with its in-house Google Cast Platform instead—and then undercut all its partners on price.

Fuchsia has long been a secretive project. We first saw the OS as a pre-alpha smartphone UI that was ported to Android in 2017. In 2018, we got the OS running natively on a Pixelbook. After that, the Fuchsia team stopped doing its work out in the open and stripped all UI work out of the public repository. Even with this official consumer launch, there’s no blog post or any fanfare at all to go along with it. Google’s I/O  conference happened last week, and the company didn’t make a peep about Fuchsia there, either. Really, this ultra-quiet, invisible launch is the most “Fuchsia” launch possible.