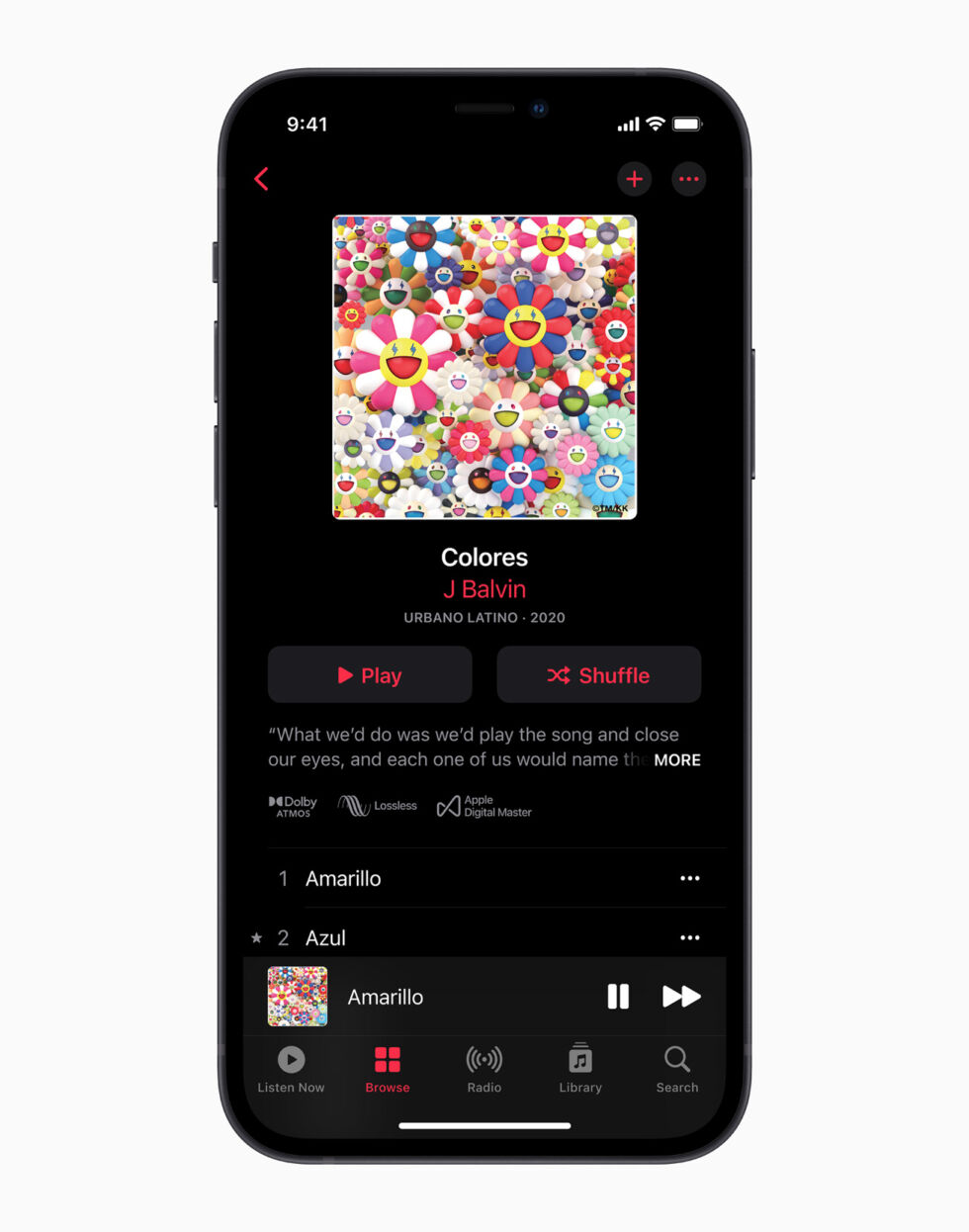 Apple Music on an iPhone with these new audio features enabled. [credit:
Apple
]

Today, Apple announced that its Apple Music streaming app will get two major new audio features next month: lossless audio support and spatial audio with Dolby Atmos for a wide range of supported headphones and speakers.

Apple Music will play songs in Dolby Atmos automatically when users play the music over the built-in speakers in “the latest versions” of the iPhone, iPad, and Mac, as well as through a connected Apple TV 4K or AV receiver. Songs will also automatically use Atmos when played on AirPods or Beats headphones that have Apple’s H1 or W1 chips. Users will be able to manually enable Atmos on other headphones by tweaking the app’s settings.

Spatial audio will be limited to certain songs, but Apple says “thousands of songs” across numerous genres “including hip-hop, country, Latin, pop, and classical” will support it at launch, with more to come.

Source: Apple Music subscribers will get lossless and spatial audio for free next month